Today is exactly one year since I weaned off Xyzal! 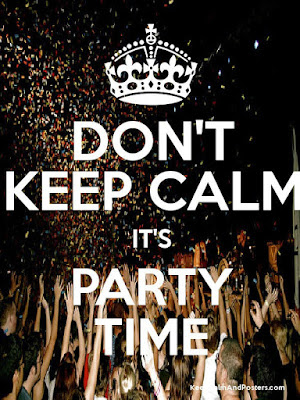 Boy, how wrong I was.

The light at the end of the tunnel was a high speed train headed towards me at 430km/h. I was caught like a deer in the headlight.

The pain at the abdomen was so horrible that I thought something must have ruptured. I had excruciating heart burns (that if I did not know any better, I would have thought that I was having a heart attack). The pain from the heart burn travelled to my back (which had never happened before in my 40 years of life). I had acid 24/7 in my throat and my mouth to the point I could only taste acid and acid alone. It went up to my nostrils and sinus. It affected my ears. And I had such painful gums and teeth that I had to send a SOS message to my dentist. I had my teeth checked and X-rayed. I had healthy teeth and gums there was nothing wrong with my teeth whatsoever.

I couldn't sleep. I couldn't eat. But yet I still persevered on.

I tried going back to really basic food like I did 9 years back when I had the anaphylactic attack. It worked for a day. And then WHAM! It came back with vengeance.

I took Nexium (and then doubled the dose). Relief came for a day. And then WHAM again!

I changed the PPI to Pariet which the ER doctor prescribed. It worked for a day. And again, WHAM!

I remembered what my new gastro had told me last year: sometimes, IBS mimics reflux. So I tried all the meds that I have: Buscopan, Dupastalin, Meteospasmyl. And then I tried Ganaton, Motillium and Gaviscon. (I know, my insides resembled a mini pharmacy.)

That was when my soul and spirit crashed. I felt really shitty.

I made an appointment to see Mr. Gastro.

Imagine one day you're walking down the street when you suddenly breathed in some peanut-dust or got stung by a bee. You are about to go into a full-blown anaphylactic attack. And you don't have your EpiPen with you.

What's even worse, the ambulance can't reach you in time.

Researchers in a university in Israel have developed an app called EpiMada where people who are near you who carry an EpiPen can be notified via the app. They could administer epinephrine using their personal EpiPen to save you while help is on the way.

To read more about this, click on Epipen Locating App.

I coughed up some rust coloured phlegm. But it was only a one time incident.

A few days later, I felt that the back of the mouth and throat were raw and burned. When I brought Joel to see our ENT, I asked him to take a look at my mouth and throat. He said they look pink and it wasn't from being sick. Most likely I was having a GERD (Gastroesophageal Reflux Disease) episode. He prescribed PPIs for me.

Towards the end of December, I had a little itch at the throat and some light coughing. Within days, it became a full-blown cough with difficulty breathing. I thought I had contracted some viral or bacterial infection. I tried gargling. Drank more soup. Went to bed earlier and slept more. Continued to walk. But nothing worked. And then it happened. I jolted up from my sleep in the middle of the night gasping for breath. It was as though I had an asthma attack. But I'm not asthmatic. Have never been. Can I suddenly develop asthma at the age of 40? I calmed myself down and tried not to get into a panic attack. Tried to breathe in and out calmly. I could breathe but it wasn't breaths where I felt relieved or satisfied. I had to breathe multiple deep breaths in order to get some slight relief.

Sat up in bed and tried to think what could have triggered this?

I went to the ER the next day. I told them I had difficulty breathing and they took me in immediately. After checking my medical history and what I was allergic to, he listened to my lungs. He said my lungs sounded constricted. The doctor gave me a nebuliser. This was the first time in my life I had a nebuliser. After the nebuliser, I had blood tests done and a chest x-ray.

The chest x-ray showed that I had inflammation in both my lungs. The blood test showed that I was in excellent health. No virus or bacteria infection at all. The doctor was perplexed to what was causing the chronic coughing and the inability to breathe properly. I did not fall sick recently. I did not have fever. I don't deal with foreigners. I don't smoke. I did not go overseas for holiday. In fact, I did not go anywhere! I have never been asthmatic. Nothing.

The second ER doctor who attended to me, suggested to me that I took some antibiotics just in case it was a bacterial infection which never showed up on the blood test. Things like this do happen. I hate antibiotics as they mess up with my digestive system. I declined and said that I would monitor and see how things goes.

As the nebuliser did give me some relief, they sent me home and told me to monitor myself closely. If I was to have an episode like this again, I was to go back to the ER immediately.

Well at least they didn't admit me. If not I would have spent New Year's in the hospital.

It was at this time I noticed that I had started to regurgitate big chunks of food up. Tons of acid too.

A few days later, I ended up in the ER again. The same asthma-like-attack came back. I rushed to the ER and had a nebuliser again. Blood test was done again and this time they did a influenza swab. Everything was perfect again. No inflammation, no virus, no bacteria and no influenza. They sent me to see a physician. After asking the same questions which I was asked at the ER, he said I most likely had a GERD (Gastroesophageal Reflux Disease) episode and proceeded to give me PPI (Nexium) and also Aerius and Singular to help loosen up the phlegm. I went home.

It happened again. I felt very ill, coughed very violently and had difficulty breathing. I had to ask hubby to come home to take me to the hospital.

Again, blood tests and MORE blood tests. Again, all was normal. I was in great health according to my blood tests. Lungs were no longer inflamed. There wasn't any more constriction. Oxygen saturation was 100%!

The ER doctor said that he was 99.9% sure that it was my GERD acting up. I told him Nexium was useless. He gave me Pariet instead. And he told me to go back to see my gastroenterologist.

Could it be this?

Could it be that? 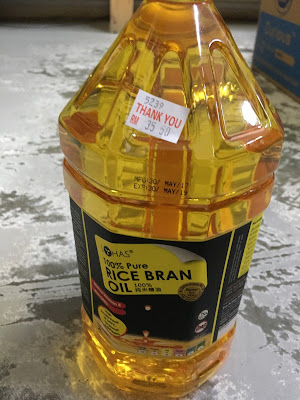 I had bought this Rice Bran Oil from the organic shop to try (it's low salicylate and also low FODMAP) and have been using it since the beginning of December. Brown rice always gave me problems and this oil is from rice bran!!!!!!! And it was extra oily.

How could I have overlooked this?

I wanted to slap myself. I was kicking myself mentally nonstop. I could not believe that this happened. How utterly careless of me.

A few days later, the cough began to lessen. The asthma-attack-like episodes lessened. The reflux lessened. I was relieved. I thought things would get better.

Boy, was I wrong.

The Anaphylaxis Campaign in UK has a goal to raise awareness, funds and to show support to fellow allergy sufferers that they are not alone. Thus, today is Orange Wig Day where supporters are asked to wear an orange wig during their daily activities.

To read more about Orange Wig Day, click on LINK.

Meal after meal, day after day, week after week, month after month, year after year, decades after decades, you've been fed with junk food which are laden with cancer-inducing-chemicals, which have zero nutritional values, unhealthy-fats-clogging-arteries, and everything which speeds up death.

Finally after being very, very ill and death, being just one step away, you suddenly had a chance to experience a miraculous breakthrough. YOU decided to change! YOU decided that enough was enough! At the same time, a saviour who had a chance of saving you appeared! Even though you nearly had a fatal heart attack, your cholesterol was sky high, your kidneys were failing, your liver was poisoned and basically you were at the brink of saying goodbye to Life, you managed to break free from the clutches of Death.

Now you're attended by the doctor/saviour (who is a few years shy of 100 years old) and his team. You're eternally grateful for their rescue. The euphoria of finally being rescued floods your whole being to the point you think that you've been instantaneously healed.

The next day you still feel euphoric.

The day after that, you feel slightly shitty. Anxiety hits you.

On the third day, you feel worse than before you were rescued.

On the fourth day, you are in such bad shape that you are spewing obscenities worse than 10 Deadpools combined together.

On the fifth day, you're yanking out whatever hair that's left on your sickly scalp and continue to scream and yell obscenities at anything and everything.

And then you yell and throw a-five-year-old-bratty-temper at the doctor, "WHY AM I NOT HEALED? Why am I still feeling so bloody sick?! When am I going to be normal? Why are things still so shitty?!"

It's called withdrawal syndrome my friend.

Your system had been poisoned for YEARS and DECADES. Do you think you would be healed overnight? You think your almost-100-year-old doctor is one of those Marvel characters where time can be bend or stopped? You think you are some Mutant-X where you could miraculously push out a bullet out of your skull and heal instantaneously?

It takes time. It will take years and years for the damage to undo itself. You're lucky the rot was stopped. Many have died before the miraculous breakthrough came.

My two-cents worth of advice to all of us would be this: 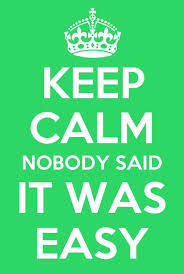 Email ThisBlogThis!Share to TwitterShare to FacebookShare to Pinterest
Labels: Laughter

To All My Fellow Malaysians! 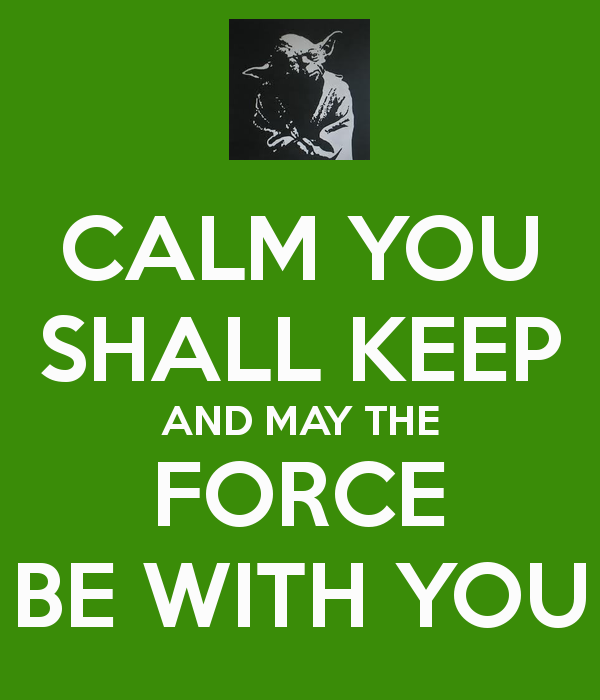 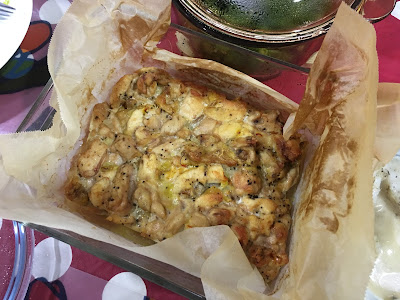 1. Mix all the above in a mixing bowl and leave it to marinade in the fridge overnight.

4. Spread the marinated chicken onto the tray evenly.

5. Bake for 40 minutes or until golden brown.

6. Allow to slightly cool before serving. 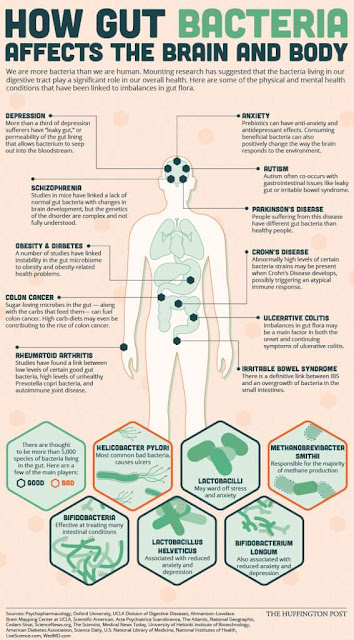